Murder is murder. Flashing in public is foolish. Having witnessed the hostility generated from such a transaction, it is difficult for me to completely accept the explanations given. Teens want to make statements just like the dude in the doo rag. Impressionable kids are programmed by folks and people to kill over spilled milk. It is not difficult to imagine that there is more to the story. Yet, I was not there nor were most of us when Isiah Stroud was stabbed, so speculation abounds. Why did Isiah run blood, rather than run? My hope is that more appreciate that life is sacred. Teens need to accept that restraint is often a lifesaver.

Cars 'usually turn around' when the wrong response is generated. Yet, fighting over foolishness is F-ed up. I have witnessed a stabbing in the past. The victim, a tow truck driver, acted like a fool, IMHO. Perhaps, Isiah Stroud could have avoided the pain regardless of the idiotic act against him, his family and his friends. Social suicide need not last a lifetime.

Disrespect never justifies the taking of another's life. Regardless of whether, we once lived in a world where the hotheads' dueled and sudden violence was a means of ending all shortsighted concerns over disrespect. If those who minimally disrespected or are disrespected die over a thoughtless taunt, then do they serve justice with the taking of life? Murder is immoral.

The psychological game of stupidity ends when more of the ignorant integrate with more of the intelligent. This won't happen until the neighborhoods and suburbs economically balance out. There are many more Chicago wards that need to accept scattered site housing. Of course, there are many suburbs too prejudiced to find a place for those who need to witness success that comes from something other than a drug deal.

Rogers Park will only improve if our Alderman, among others, appreciate economic diversity need not be strongly tilted in favor of the less industrious and skilled. People who will not afford to live in a neighborhood and fail to demonstrate appropriate sidewalk manners deserve to be geographically evicted to another ward or area for their next lease. However, few LEAs coordinate with Section 8 Housing Administrators to flesh out challenged families or refer them to appropriate agencies for attention. I wonder if this was a Senn-Sullivan thing?
Posted by lafew at 12/21/2008 02:22:00 AM No comments:

I had the chance to review the 12/19 chatter on the bogus RP car sale to the poor cheese heads from up north. Think about it; asking for a money order or cashiers check from a bank is appropriate. When a seller insists on cash, then you are pretty much a walking porcelin piggy bank.
That said, no one deserves to get robbed.

The challenge is that Chicago's Finest rarely spend enough time to investigate these sorts of robberies unless someone is murdered. This is sad, because the next robbery can end in murder.

Other issues abound. There are many issues that Steans and other legislators rarely take up.
For example, for years, perhaps, decades, CPD evidence techs are without the ability to use flourescent fingerprint materials. Instead, they are limited to cheap-0 powder and the results are beyond pathetic. If you want flourescent, you have to summon the Illinois State Police based upon my understanding. Efficient internet investigation training? A pipedream?

All that Police need to do to stop it is to track the e-mail and the CL entry. The information from the Craigslist account remains on a hard drive. Criminals are dumb. Once the info is on the hard drive, deleting won't work.

This may be an arguably solvable crime, but getting police to subpoena CL or the ISP involved for the coordinates on the computer is pretty much the battle. Yes, other issues abound, but than again, sometimes it becomes a no brainer. Are investigators lazy? Do the right folks get the promotion?
Posted by lafew at 12/21/2008 12:52:00 AM No comments:

Is there a Commander in the 24th District? 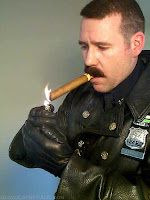 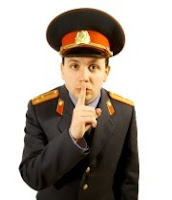 Just curious. Once pronounced, it seems like the one annointed to serve and protect is conspicuous by his silence. Will Commander Sobczyk come on down?

Oh well, perhaps he has better things to do. I wonder if he plays the accordian and dances a good polka? So much for PNA Membership! Maybe he's some other sort of Eastern European. I guess I might have to FOIA City Hall to find out.

Its was a Wonderful World! Or was it? 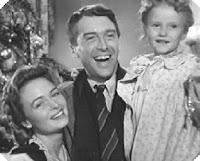 Did anyone go to The Morse for that Affordable Housing fund raiser with Its a Wonderful Life movie showing? Never got a reply from the charity. Could kids have gone? The URL was totally silent. To all those at the exalted http://www.rogerspark.com/ and charity please get all the facts from the sponsor. The movie is a cult classic, so we can't assume anything.
We could have brought the kids if they were $25, but at $50 to $100 a head, this becomes more of a Francis Parker, Latin, NCA or Roycemore oriented event. Many neighbors may not have $200 or more for those events where there are families of four. A cut off figure may be $100 to $150, but if the group got the numbers, then that is all that counts.
Some may have something to sell! We don't. Was this a pay to play event? Or a sincere effort? Perhaps, someone just dropped a few balls and thought a few hundred from neighbors with 2.5 kids was not worth the effort. So much for not for profit marketing in tough economic times! Perhaps, next year will bring a better effort.
Posted by lafew at 12/16/2008 10:51:00 AM 5 comments:

Challenges of a Rogers Park Dogwalker

We have seen the posts, whether it is from Broken Heart or The Inconsistent. The issue, what to do with the poop positioned on the parkways? As a dog walker, I know the answer: just pick up it. To all of those convinced that being lazy will work, just wait until you wallow in it.
Yes, late night experiences stepping on the parkway don't always do everyone justice. However, if you walk your dog, chances are you are more likely to land a sandal in it, if not a Sorel, or a Nike. Bags make the process easy. Rather than repeat, another 'blogspotter' has provided an easy to use online instruction manual for those so inclined. Frankly, a Dominicks bag will work and most will deify the deed even if it is not from your dog. It will also help if other neighbors keep track of those who cannot seem to 'bag it.'
Whether or not you canter with your canine, cleaning up, even if you it is not your puppy makes good sense. Scrubbing your shoes at the sink after the fact doesn't. Once you have stepped on 'DC' a few times or maybe observed the rodent population at a rare moment, you begin to appreciate Chicago's 'DC' ordinance.
If you pick up after your pooch, among others, then bring a few extra bags. You, too, can avoid misery in the future. Yes, we all should have a few bags to share. Perhaps, there is someone over at 7333 North Ridge, who could use an extra baggie. If you are out there, just ask and we'll answer. Bumming those doggie bags are easier to easier 'to bum' than a cigarette.
There is no excuse; Chicago has an ordinance. The anti-dog crap rule is meant to keep the rat population down, as well as the frustration level of your neighbors and their visitors. Perhaps, your visitors may step in it! As I walked my dog, one of your fellow residents at 7333 North expressed frustration with dog owners like me. The German Shepherd looks cute, but cut the crap.
Posted by lafew at 12/16/2008 09:55:00 AM No comments: